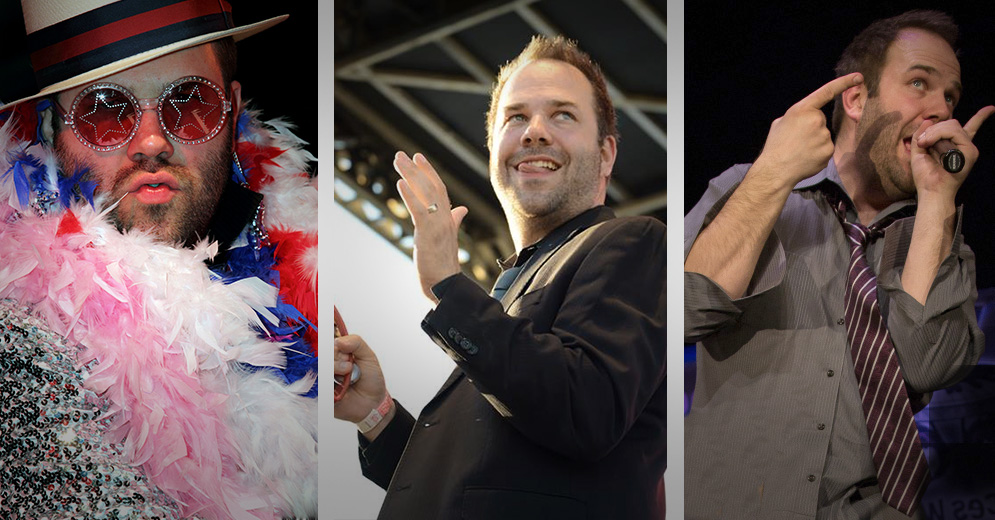 Ted got his start in Deuces Wild by walking out of his day-job and demanding an audition. Although he hadn’t previously played in a dueling piano style show, his amazing showmanship and obvious ability to perform as a world class entertainer blew away the competition! Since then he has played thousands of dueling piano shows with performances all over the country!

When not on the road with DWDP, Ted spends his time as a producer of sold out shows, including the Billy Joel and Elton John tribute show “Eye 2 Eye,” and the ever popular annual “Rock n Roll Xmas Spectacular,” which he co-produces with former Jonny Lang guitarist Paul Diethelm.

Ted also spends time in the studio as jingle writer, recording artist, and producer of both his first CD “Gather Us In,” and his Rock and Roll Xmas CD, “Trim My Tree.” and “RRXS - Live at The Paramount” CD. He’s been an actor and a game show host! Whether it be in front of thousands of people opening for HBO’s Dennis Miller, or selling out theaters with Deuces Wild nationwide…Ted has consistently proven that he truly is a showman’s showman and musician’s musician!